Theresa started dancing at the age of 3. As a young girl, she danced all throughout elementary school and performed in various dance recitals. Theresa began assisting dance classes at the age of 14 and continued her education at Catch the Vision Performing Arts studio in La Habra, California, where she later taught for 13 years.

In 2003, Theresa became the Elementary Director of Dance for Catch the Vision where she greatly enjoyed teaching and directing dance performances. Theresa became the co-owner of CTV Kid Dance in 2006. She managed a team of dance instructors that taught at pre-schools and elementary schools. Theresa loves the art of dance but her greatest love is for the Lord Jesus. It is her desire to use the gifting and passion that the Lord has given her for His glory. She loves to worship the Lord through her dance and desires to help others mature in their dancing as well.

Mindy Ramirez has been dancing over 21 years. She began her training with Lois Ellyn of the New York City Ballet, and went on to graduate from the OCHSA Classical Contemporary Dance Department under the direction of Sophie Monat. She attended summer intensives at San Francisco Ballet, Ballet Pacifica and Ballet Austin and has trained under Luis Fuente, Janek Schergen, David Wilcox, and Michelle Martin. She has performed in The Glory of Christmas at The Crystal Cathedral and danced with the Los Angeles Classical Ballet, The Joffrey Ballet, and Nouveau Chamber Ballet. In recent years, Mindy has discovered a passion to not only be on the stage, but behind the scenes teaching, directing and choreographing. The Cornerstone has offered her the opportunity to dance and choreograph for many events in their Dance Company; and she has found that her joy is made complete in using her passion for dance as an offering of worship to her Savior. 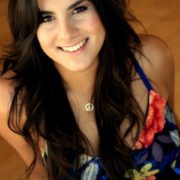 Jessica began taking classes in her hometown. When she decided as a young girl that she wanted to pursue it more seriously, her mother began making a several hour round trip commute into Orange County for her to receive higher quality training. She continued training through CSUF, holding a spot on their competing Dance Team.

She currently teaches around Orange County area and attends church at Friends Church in Orange. She teaches hip hop, Jazz 2, and she has beginning level classes in hip hop and tap for dancers ages 5-7. 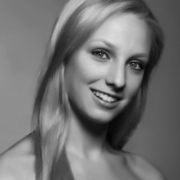 She has also performed in world premiers such as Ma Cong‘s "Calling," Garrett Smith’s "Of Opposing Nature," and Stanton Welch’s "Marie" and "La Bayadere." She has performed throughout the United States at festivals and galas and has been a member of the American Guild of Musical Artists (AGMA) since 2010.

Prior to joining Houston Ballet, she performed and toured as a member of Houston Ballet II (HBII). During her time with HBII, Madison was honored with two awards. She was also recognized nationally as a YoungArts Finalist in Dance (2010) by the National Foundation for Advancement in the Arts (NFAA). Upon attending and performing at YoungArts Week in Miami, she was awarded a grant by the national foundation.

While her primary home is the stage, Madison is also a SAG-eligible performing artist with experience in commercial dance as well as modeling. Madison has appeared in a number of publications including a book (i.e. "The Telling Image") and magazines ranging from local to national (i.e. Dance Magazine, Pointe, Dance Advantage, Arts & Culture Texas, etc).

Madison served as a Teacher’s Assistant while training at Houston Ballet Academy. Since that initial introduction to teaching, she has gained extensive experience and acclaim as an instructor and coach. She has served on staff at Anaheim Ballet, McCoy Rigby Arts (Head Ballet Instructor), and Inland Pacific Ballet and is currently ranked the #1 Dance Coach in the country (on CoachUp). 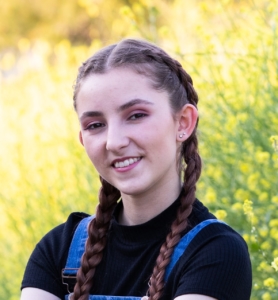 Mia Stark has been a CAPA dancer for 10 years and has been teaching for 3 years. She has fallen in love with the studio and all of its staff members as they have put so much love, care, and effort into teaching and mentoring every single dancer.

CAPA has been a safe space for Mia and a place that has allowed her to grow technically and spiritually. Mia has learned to use dance to praise our Savior and has experienced the power it holds.

Mia has trained in ballet, pointe, contemporary, jazz, and tap. She has learned everything she knows from Mindy Ramirez, Theresa Sahyoun, Jessica Curtis, Sara Thresher, Olivia Hamilton, and Emily Upcraft. 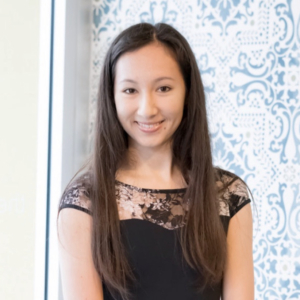 Kaitlyn began her dance training in Southern California at a young age, and has possessed a love for classical ballet ever since. After years of consistent training, she began attending Anaheim Ballet School to continue her studies in dance. Since then, Kaitlyn has had the opportunity to perform in numerous productions with the Anaheim Ballet Company and School. She has also performed in community and ministry events throughout Orange, San Bernardino, and Los Angeles counties, and has received awards at various dance competitions.
Currently, Kaitlyn attends California Baptist University as a Kinesiology Major. Upon completion of her undergraduate studies, she plans to pursue a doctorate degree in the field of physical therapy, and aspires to help others achieve physical wellbeing through the process of rehabilitation.
As an instructor, Kaitlyn endeavors to communicate the concepts of ballet technique and artistry to her students, and also desires to inspire others to use the abilities God has given us to glorify Him. She believes that every class and performance is an opportunity to worship the Lord through movement, and hopes to be able to share the love of Christ with others while sharing the gift of dance. 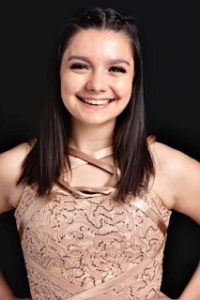 Colette Hogan has loved to dance before she was even old enough to take dance classes. As soon as she turned 3 she began dancing at a small studio. Once CAPA opened, Colette became one of the first students and has been dancing ever since. She has fallen in love with the staff and the training she is provided through this incredible studio. She has trained in ballet, jazz, contemporary, and pointe. Colette also currently dances on the advanced ensemble dance team at Whittier Christian High School. She participates in performances often with CAPA and with the dance team at school. Since 2016 she has been a teacher’s assistant working alongside instructors; Theresa Sahyoun, Jessica Curtis, Mia Stark, and Mindy Ramirez. She has had many opportunities to teach, and is now ready and eager to have her own class. At CAPA she has learned to have a heart for Christ and to worship Him with and through dance. She understands the importance of expression of worship through dance.